Posted by Dreamcatcher at 1:23 PM No comments:

War Horse, set in England and Europe during World War I, is a story of a young boy's love for a red bay colt that he raised and trained against odds and the wishes of his father.  The hero of this story is the horse, who much in the same fashion as Black Beauty, is allowed to tell his own tale.

In 1914, Joey, a classy red bay gelding is sold to the army by the young boy's (Albert) father to help pay the monies due to keep the family farm.  He is purchased by a kind and gentle English captain and is, at first, well tended.  As can be expected in a war story, Joey's soldier is killed in battle and he is taken by the Germans and put to use on the Western Front.  As the story progresses, Joey finds strength and courage in a bond with a beautiful black stallion, and they miraculously are able to stay together through several misadventures during the war.


At home, Albert (15 when the gelding was sold) is finally old enough to join the fight and signs up for the veterinary corps.  It is his belief that he will someday find his beautiful horse and they will be together again.  Joey lives through many terrors of war but also finds love and tenderness from a small French girl named Emily who is able to, with the help of her grandfather, keep both horses safe for a period of time.  However, he ultimately finds himself and his black companion captured by the Germans and put to work pulling the great war guns.

Topthorn, the black stallion, does not survive this life and dies in the harnesses, leaving Joey to break away and look for a way out of these horrific circumstances.  He is terrified by an approaching German tank and runs frantically through the front into No-Man's Land where his is injured by barbed wire.

It is this deadly situation that prompts a short truce between two soldiers on either side of No-Man's Land, one English and one German, as they work together to provide Joey with a chance to survive.  It is this act of kindness and cooperation between the two that helps him finally find his way home.


Michael Morpurgo is one of England's most loved children's book writers. He has written over 100 books including Homecoming,  Sparrow, and An Elephant in the Garden.  Morpurgo has won the Smarties Prize, the Whitbread Award, and recently the Blue Peter Book Award for Private Peaceful. He is also written a sequel to War Horse called Farm Boy. You can visit him online at http://www.michaelmorpurgo.com/.


You can also learn more about horses and mules used in World War I by visiting http://www.spartacus.schoolnet.co.uk/FWWhorses.htm
Posted by Dreamcatcher at 4:21 PM No comments: 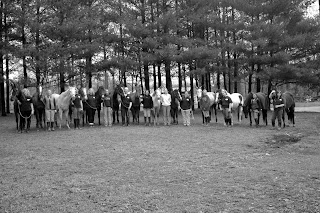 We Posted up a new album of our dreamcatcher team! Take a look!
Posted by Dreamcatcher at 6:53 AM No comments:

Welcome to Dreamcatcher Equines latest and greatest blogspot! Here we will be posting updates about what's going on in our equine world! Check back soon for more stories!
Visit our webpage!
Posted by Dreamcatcher at 6:17 AM No comments: